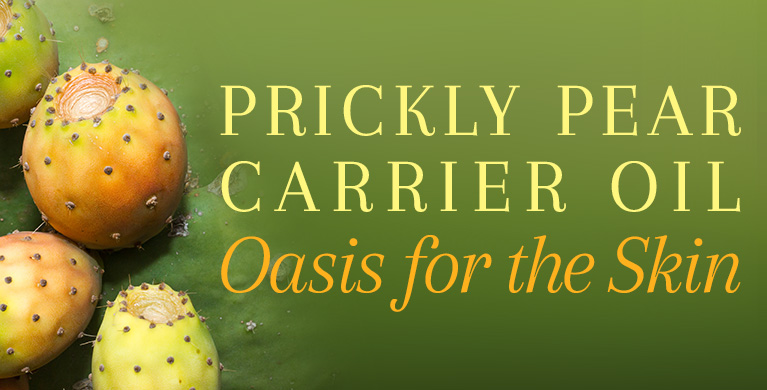 Prickly pear, or Opuntia ficus indica, is a genus of flowering plants in the cactus family Cactaceae. The genus is named for the Ancient Greek city of Opus, where, according to Theophrastus, an edible plant grew and could be propagated by rooting its leaves. The prickly pear is native to the Americas and the Mediterranean region (Morocco). Thanks to human migration and trade activities, the prickly pear has been distributed throughout the world. They grow on every continent, especially in arid and drought-prone climates in countries such as Mexico, Caribbean Islands, and the western and south central United States, along with the Bahamas. The Opuntia species that grows in southern and western Canada are known to be cold-tolerant. For example, some of the species even grow in central British Colombia along the Beatton River which is an area that will experience frost during winters.

In many countries, prickly pears are eaten for their high water content and body-cooling abilities, especially during hot summers. For example, in Mexico and the Mediterranean countries such as Morocco, Tunisia, Saudi Arabia, and Jordan, people use the prickly pear to prepare dishes such as appetizers, soups, salads, desserts, beverages, candy and jelly during summer. The prickly pear also grows widely on the islands of Malta. The Maltese enjoy it as a typical summer fruit as well as a popular liqueur. The pickled prickly pear is also considered a delicacy in many of these countries. The fruit can range from green to red to yellow to orange.

Prickly pear oil has been in use for many centuries now. Only recently, research has begun to show how prickly pear oil is beneficial for human skin. Early findings suggest that prickly pear oil can boost the health of the skin and help to clear and control acne. The prickly pear was also said to be used by the desert dwellers of Morocco to soothe parched skin caused by dry and hot weather, and unforgiving winds. Today, the nutrient-rich oil can be pressed and extracted from the seeds and used as a carrier oil. The prickly pear is rapidly gaining popularity in cosmetics and skin care applications as a vital ingredient.

The many Prickly Pear Oil varieties that New Directions Aromatics carries are:

Although their oil extraction methods and compositions may slightly vary, their uses are largely similar.

Prickly pear oil has a faint but slightly spicy aroma that is warm and fragrant. The oil is naturally rich in vitamin E and antioxidants. This gives the prickly pear and its oil soothing properties when applied topically to the skin. The nutrients in the oil work on the appearance of the fine lines and wrinkles that come with mature skin along with dark spots. Even though people with all skin types can take advantage of prickly pear oil, it is said to be more beneficial to those with oily, dull, and maturing skin. When applied, this oil is readily absorbed by the skin, leaving it silky and hydrated without feeing greasy.

Prickly Pear Carrier Oil comes with a host of benefits for the skin and hair. It often carries a faint aroma with a spicy touch that gives you a warm feeling. The oil is known to be a favorite in many cultures for its skin-repairing and protective properties. Prickly Pear Carrier Oil is obtained by the cold-pressing method of extraction where its seeds are pressed until the oil is released from them. This carrier oil is high in Omega 6 fatty acids which work on dry skin, and help to hydrate and restore moisture. It works on the skin by helping to increase its ability to absorb oils and serum. The fatty acids contained in the oil help to replenish collagen which is an important part of maintaining skin's elasticity.

The vitamins E and K in the oil work well on skin that looks tired and dull. These nutrients work on the appearance of wrinkles and fine lines, improving the quality of the skin and making it smooth and fresh, without being sticky or greasy. The polyphenols which have antioxidant and anti-inflammatory properties help alleviate damage from the harsh sun. This is why it was so historically beneficial for the Berber women of Morocco. For redness and acne, applying the oil on the skin not only helps reduce inflammation but also helps control acne-causing bacteria.

The prickly pear carrier oil's nourishing and conditioning properties can be utilized by those with skin conditions such as eczema and psoriasis. The naturally derived nutrients in the oil such as polysaccharides work on damaged, dry, and irritated skin. The main constituents of the prickly pear carrier oil are linoleic acid, oleic acid, naturally occurring carotenoids, Omega-6 fatty acids, vitamin C, and flavonoids.

Linoleic acids are known to:

Oleic acids are known to:

Carotenoids are known to:

Omega-6 are known to:

Vitamin C is known to:

Flavonoids are known to:

Prickly Pear Carrier Oil also has many uses for the hair. The anti-inflammatory properties in this carrier oil act as a scalp soother and act as a natural conditioner. This carrier oil is also suitable for oily hair as the antioxidants in the oil stimulate collagen and keep the scalp healthy. Vitamin E in the oil helps retain moisture in the scalp and keeps the hair smooth and hydrated even in dry and hot weather. The oleic acid present in the oil helps improve the health of the hair and keeps it soft.

The prickly pear is a common cactus that grows all over the world in arid and semi-arid regions, and in some cold regions as well. The prickly pear cactus thrives in regions with mild winters and dry, hot summers, with low humidity and receives the occasional rain. The prickly pear has many different names and the juicy little fruit has been popular among the folk who live in these regions for generations. Its historic popularity is largely due to its anti-inflammatory and antioxidant properties. The spineless prickly pear fruits sprout on the cacti that grow abundantly in these regions. The fruits are harvested for the seeds that are crushed to extract the oil. The oil packs a bunch of nutrients and has numerous uses in the cosmetic industry.

Taking care of a prickly pear cactus is fairly easy, whether you are a desert dweller, or live in the city. First and foremost, the plant needs to sit in full sun. The more sun it gets, the bigger the plant, leading to more fruits. The soil needs to be dry, sandy, or gravelly mixed to simulate arid soil. When it comes to pH levels, the prickly pear is not very picky and can thrive in a neutral-to acidic mixture with a pH level of 6.0-7.5. The prickly pear cactus does not need regular watering. Since it is extremely drought-tolerant, you can even water it once every 3 to 4 weeks. It can also survive temperatures as cold as -10°C, making it cold-tolerant when compared to other cactus species that require warmer climates.

Prickly pear oil is extracted from the seeds of the fruit by cold-pressing. The cold-pressing process involves crushing and grinding the seeds that carry the precious oil using stainless steel pressing equipment. The temperature is not allowed to exceed 48.9°C (120°F) even when some heat is created. This allows the oil to retain the antioxidants and other nutrients from the fruit. All versions of Prickly Pear Carrier Oil from New Directions Aromatics are extracted through cold-pressing:

The prickly pear carrier oil brings many benefits to the skin and hair. Even though the carrier oil has nearly no aroma, it can still be used in aromatherapy as you will still benefit from its positive effects on the skin and hair. You can blend this carrier oil with many others to enjoy the scent of your favorite essential oils along with smooth, moisturized skin and a healthy scalp courtesy of the prickly pear oil. Prickly Pear Carrier Oil can be used in hair and facial serums, body butter, lotions, moisturizers, hair conditioners, soaps, makeup, as well as bath and shower products.

For topical applications, you can dilute and combine one or more carrier oils with the Prickly Pear Carrier Oil. You can use the Prickly Pear Carrier Oil alone as a natural moisturizer or to nourish and enrich your skin you can also make your own skin serum by mixing it with Rosehip Carrier Oil. The same blend can be used for dark circles under your eyes. This blend will help to rejuvenate the skin after a long tiring day. Furthermore, you can make your own concoction of your favorite scents and oils to use for fine lines and wrinkles. For example, into a 50 ml bottle, fill half of it with Prickly Pear Carrier Oil, half with Jojoba oil, 1 drop of Geranium Essential Oil, and 2 drops of Lavender Essential Oil. Once every day, apply a few drops of this mixture onto your skin and let it absorb for younger-looking skin.

As with all other New Directions Aromatics products, carrier oils are for external use only. Prickly Pear Carrier Oil should not be ingested and should not be stored within the reach of children, in case of accidental ingestion. As with all other oils, a patch test should be conducted on the inner arm or another generally insensitive area of skin, using a dime-size amount of Prickly Pear Carrier Oil to check for sensitivities. An absence of an allergic response within 48 hours indicates that the oil is safe to use.

The topical application of Prickly Pear Carrier Oil is not known to have side effects. In the rare chance of an allergic reaction, discontinue the use of the product and see a doctor, pharmacist, or allergist immediately for a health assessment and appropriate remedial action. To prevent side effects, consult with a medical professional prior to use.

Shelf Life: Users can expect a shelf life of up to 2 years with proper storage conditions. Please refer to the Certificate of Analysis for the current Best-Before date.

Storage: It is recommended that cold-pressed carrier oils be kept in a cool, dark place to maintain freshness. Refrigerate before opening. The oil is slow to go rancid when it is stored at a temperature below 18°C and away from light.