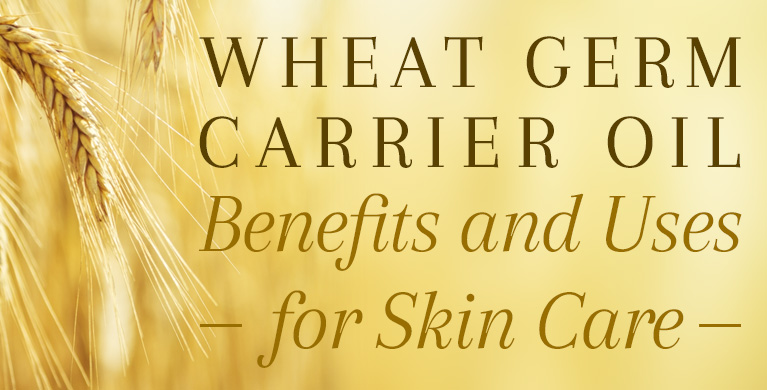 Wheat has been an article of trade for thousands of years, yet there are still debates over where wheat originated. Some scholars say wheat originated in the Far East while others say the Near East was where wheat first started to grow. Regardless of the origin, wheat had begun to be cultivated approximately 9000-10,000 years ago.

During the pre-historic era, wheat cultivation experienced a rapid increase and extended to civilizations habiting present-day North Africa, Northern India, Northern China, and Western Europe. Every ancient civilization that cultivated wheat had its version of wheat bread. It was during the voyages to the New Worlds when wheat was introduced to the Americas by Spanish explorers. Years later when settlers arrived in North America, they cultivated wheat.

When wheat arrived in North America, the cultivation of wheat provided a sense of familiarity in food to the settlers, but the cultivation process was not an easy one. Wheat was a staple, and when settlers tried to grow them, marginal soils and growing conditions in North America, thwarted their efforts. Further efforts were made to grow wheat, but the result was an outbreak of a destructive fungal disease by the name of Black stem rust.

With the repeated challenges settlers faced, they started to grow wheat in Long Island. Soon enough the land on Long Island became exhausted as a result of repeated cropping. The result was to start growing wheat by the Hudson River. Here the cultivation thrived, until the Independence war of 1775. During this war, Hessian missionaries were deployed. Along with them came an infestation; the Hessian Fly. This infestation inspired the start of wheat cultivation in both the spring and winter. With the construction of canals and the railway, wheat cultivation increased and flourished.

OLEIC ACIDS (OMEGA 9) are believed to:

ALPHA-LINOLENIC ACID (OMEGA-3) is believed to:

PALMITIC ACID is believed to:

STEARIC ACID is believed to:

VITAMIN A is believed to:

VITAMIN E is believed to:

LINOLEIC ACID (OMEGA 6) is believed to:

Wheat Germ Carrier Oil is reputed to have many beneficial properties. The following highlight some of its many benefits and the kind of activity it is believed to show:

Being a perennial plant, wheat can be grown all year round. The roots of the plant are constantly growing, even in the winter when the stem of the crop dies during the winter. Wheat is a multipurpose crop and can easily be grown in any environment around the globe. Wheat thrives in cool climates but doesn't grow as far north as other heavier grains. Wheat takes on average 90 days to grow, and when planted in the fall, the plant stays dormant when temperatures drop below freezing. Nonetheless, the crop remains alive and only starts to grow after the weather becomes warmer. It's believed that the snow-covered ground insulates the soil in the winter. The best temperature for wheat to grow in is anywhere between 21°- 24° C. The low humidity in the weather prevents wheat diseases from developing since damp weather attracts crop infestation. Wheat is a highly valued and favorable crop because of its consumer intake and also because of its limited growing requirements. Wheat can be cultivated in regions with sparse rainfall and droughts since the roots can access nutrients from the moist lower soil. Caring for Wheat is a simple process; wheat requires dry sunny weather and fallow land but can grow alongside weeds. The soil in which wheat is grown needs to either be nitrogen-rich, well-drained loam or clay-loom soil, for the best results.

Once the wheat is harvested, the three parts of the wheat are separated and sold. Wheat consists of three parts; the Inner Endosperm, the Outer Bran, and the Wheat Germ. The germ is the part of the wheat that sprouts to grow into a new plant, thus removed from the crop after harvesting. When wheat is being refined into wheat flour the Bran and Germ are usually removed. The germ is considered one of the healthiest parts of the plant but is usually removed because of its unfavorable baking properties.

The Germ contains nutrients such as zinc, manganese, phosphorus, and magnesium. Each nutrient is known to have different beneficial properties that can aid in boosting immunity. The zinc found in Wheat Germ strengthens the immune systems and fights viruses like the common cold. The magnesium keeps the heart and bones strong while boosting our immune systems. The phosphorus repairs and grows new skin tissues and the manganese helps maintain the immune system alongside assisting in bone health.

The next step in the process is using a food-grade solvent to extract the oil from the wheat germ. At this point, the oil obtained is referred to as crude or unrefined oil. The crude oil can then be subjected to further refining processes to increase its usability and physical stability, which ends up as the refined wheat germ oil.

There are abundant uses for Wheat Germ Carrier Oil, ranging from medicinal to cosmetic. Its many forms include but are not limited to massage oil, cream, and conditioners.

Used topically, Wheat Germ Carrier Oil makes an enriching emollient. It can be applied directly to the skin as an anti-aging agent and moisturizer that encourages skin moisture absorption and promotes skin repair while preventing visible signs of aging such as wrinkles. Additionally, it can be applied to improve blood circulation and assist in rejuvenating the skin, leaving it feeling fresh and moisturized.

Wheat Germ Carrier Oil is often combined with other Essential Oils to make a relaxing and soothing massage oil or cream. When mixed with Base Oils such as Jojoba and Carrot or Essential Oils such as Fennel, Lavender, or Sandalwood, soothing effects can be experienced on the skin. To provide your hair with deep conditioning care, gently massage Wheat Germ Carrier Oil with Coconut oil or Castor Oil into the scalp and hair, leave it overnight, and then wash it off the next morning.

Used topically, Wheat Germ Carrier Oil works to protect and moisturize the skin, while softening and promoting skin flexibility. The Oil has anti-aging properties that allow the skin to reduce visible signs of aging such as wrinkles. The Oil contains many emollient properties that aid in soothing dry skin.

For topical applications, you can dilute and combine one or more carrier oils with Wheat Germ Carrier Oil. This blend will aid in rejuvenating the skin after a long tiring day. You can make your own blend of your favorite scents and oils to use as an effective moisturizer. For example, into a 50 ml bottle, fill ¼ of the bottle with Wheat Germ Carrier Oil, ½ with Jojoba oil, one drop of Geranium Essential Oil, and two drops of Lavender or Patchouli Essential Oil. Once every day, apply a few drops of this mixture onto your skin and let it absorb for healthy-looking skin.

When used in an Oil blend, the Oil feels thinner in consistency, making it beneficial to use on acne-prone skin. The Oil acts as an effective emulsifier in quick-drying oils and soap formulations.

Description: Wheat Germ Carrier Oil is rich in natural vitamins A, B, D, and E, Proteins, and Lecithin. It is an antioxidant that can be added to other Carrier Oils to extend their shelf life naturally.

As with all other New Directions Aromatics products, Carrier Oils are for external use only. Wheat Germ Carrier Oil should not be ingested and should not be stored within the reach of children, in case of accidental ingestion. As with all other Oils, a patch test should be conducted on the inner arm or other generally insensitive areas of skin, using a dime-size amount of Wheat Germ Carrier Oil to check for sensitivities. An absence of an allergic response within 48 hours indicates that the oil is safe to use.

The topical application of Wheat Germ Carrier Oil is not known to have side effects. In the rare chance of an allergic reaction, discontinue the use of the product and see a doctor, pharmacist, or allergist immediately for a health assessment and appropriate remedial action. To prevent side effects, consult with a medical professional before use.